During his remarks, Congressional Hispanic Caucus Foundation President and CEO Marco Davis thanked the Aramark culinary team for their delicious work throughout the week-long convention. Aramark is the Convention Center’s food and beverage partner.

“I’d like to highlight for you all one individual on that team,” Davis said. “Executive Sous Chef Walter Perez is originally from Guatemala, and he brings more than 25 years of excellent culinary experience to the Walter E. Washington Convention Center. His talent and passion for our food and culture is evident in the dishes he creates for Latino Galas and Conferences held here. We are lucky that he is in leadership here, able to create unique recipes for our conference and gala because of his attention to, and understanding of, our community.”

Davis continued, “Chef Perez also goes above and beyond in personally sourcing authentic ingredients to prepare his unique dishes. And, when we met with him earlier this year to plan for tonight, he shared that this would be the 16th Gala he has prepared! So can we please have a round of applause for Chef Walter, and the entire incredible Convention Center team! Muchisimas gracias!”

Aramark’s Sports and Entertainment division said it best on their social media: “Hats off to Chef Walter!” 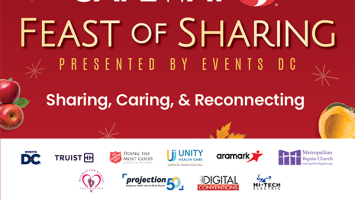